This article was originally posted on SportsTalkFeed.com on August 12th, 2016 and can be read HERE

The 2016 NFL season officially kicked-off last night featuring 6 games of preseason action. Our beloved game continues with 10 more games to be played over the span of tonight and tomorrow.

Importantly to us Steelers fans, Pittsburgh is at home tonight against the Detroit Lions; kickoff is scheduled for 7pm.

If you’re a Steelers fan who will be watching more than just the first quarter tonight, here are 6 players you should keep an eye out for:

Alongside Sammie Coates, Eli Rogers has been the talk of training camp this summer. The University of Louisville graduate will be given a BIG chance to prove himself to take the empty spot on the Wide Receiver depth chart left by Martavis Bryant’s suspension. With Brown and Wheaton out, look for plenty of balls to be split between Eli Rogers, Sammie Coates, and Jesse James.

Chickillo originally was drafted as a defensive lineman, his dominant position at the University of Miami, but has since been converted to an Outside Linebacker. A 6th round pick in 2015, Chickillo dropped 20 pounds and earned himself a spot on the 53-man roster last season as a special-teams specialist. His determination impressed Tomlin, who has given him another shot at making the team. Chickillo could be a major key in getting this Steelers defense back to the high-level it once was. 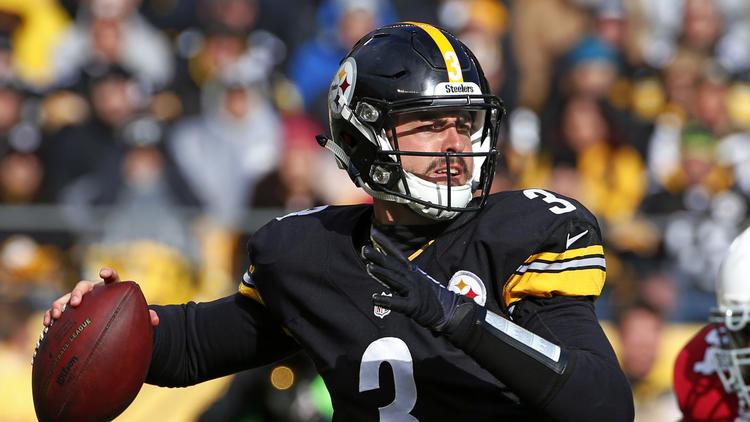 The starting quarterback spot is Ben’s, obviously. With Roethlisberger’s history of injuries, the Pittsburgh Steelers need to look for a back up just in case. Right now, the backup spot is a toss-up between Landry Jones, Bruce Gradkowski, and Dustin Vaughan. Bruce Gradkowski hasn’t thrown a pass in the NFL since 2012, and hasn’t started a game since 2010. Even if your confidence level isn’t high in Jones, Gradkowski may turn out to be hit or miss as well. With a year of solid experience under his belt, Jones may be the better option this season.

With questions looming around Ladarius Green’s health, the Tight End Position may be wide open. Xavier Grimble formerly played for the San Francisco 49ers but was later signed to the practice squad, then released. Grimble has received high-praise for his ability to get open in the Red Zone. The main thing to watch for in his game is if he can block or not; the same issue holding Slot WR/TE Jesse James back from substantial playing time.

The Steelers believe Hargrave was a steal as an 89th overall pick. After losing Steve McLendon, the Steelers need a big body to plug up the middle who will also pass-rush effectively; they believe Javon is the perfect medley of those as he posted 37.5 career sacks at South Carolina State. Passed on because of his size and short arms, Hargrave has garnered the attention of many this offseason and could be a stud come Week 1 of the regular season.

Doran Grant is very versatile, and may end up seeing time at the Safety position, along side Mike Mitchell, rather than at Cornerback. Drafted in the fourth round out of Ohio State in 2015, Grant adds depth to a Steelers’ secondary that was severely lacking last year. After cutting him to make room on the 53-man roster, the Steelers promoted him to the active roster so other teams couldn’t shop him – a move that doesn’t happen often unless the team is fond of your play. Grant has also been said to routinely challenge Antonio Brown in practice.

Editor’s Note: Doran Grant is destined to be one of the top players on the defensive unit. They have a knack of taking my Ohio State guys and forcing me to hate them.

Writers Note: Feel free to discuss with me any thing I have written, or just sports in general, here: @fuzznacht